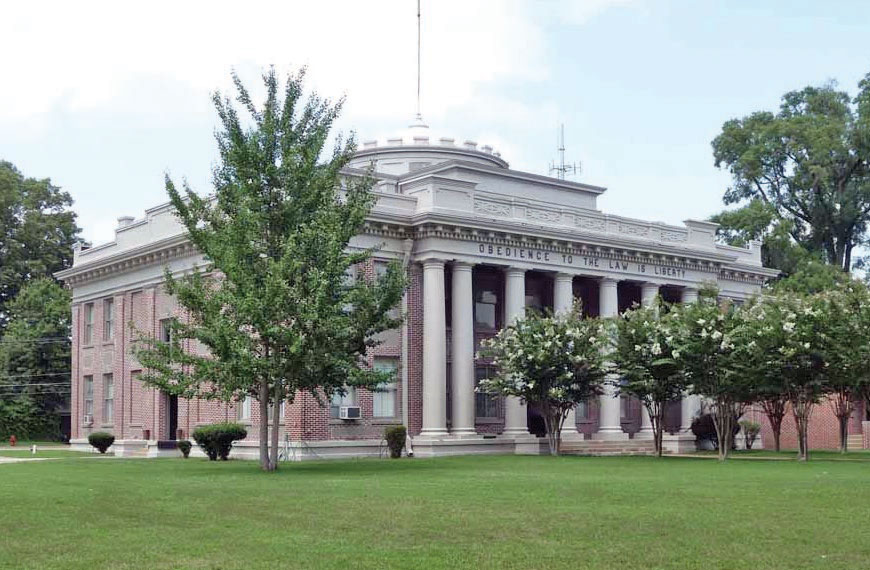 The Quitman County Courthouse in Marks was constructed in 1910-11 and designed by the Chamberlin & Associates architecture firm in the Neoclassical style. It was designated a Mississippi Landmark in 1990. The Julius Rosenwald Foundation constructed the building in 1922, and it has served the African American community for over 90 plus years providing educational and enrichment opportunities for ten of thousands of students and their families. It represents a symbol of inspiration, hope, and pride to the community at large.

The restoration of this building will help preserve a “gem” of Quitman County’s history that was designated as a Mississippi Landmark in July 2015. The preservation of this school will be a tribute to Julius Rosenwald for his investment to the betterment of mankind. He built over 5,000 schools for black students in the Jim Crow South era. Julius Rosenwald was a 20th-century Jewish philanthropist who made his fortune by co-founding the department store we refer to as Sears. 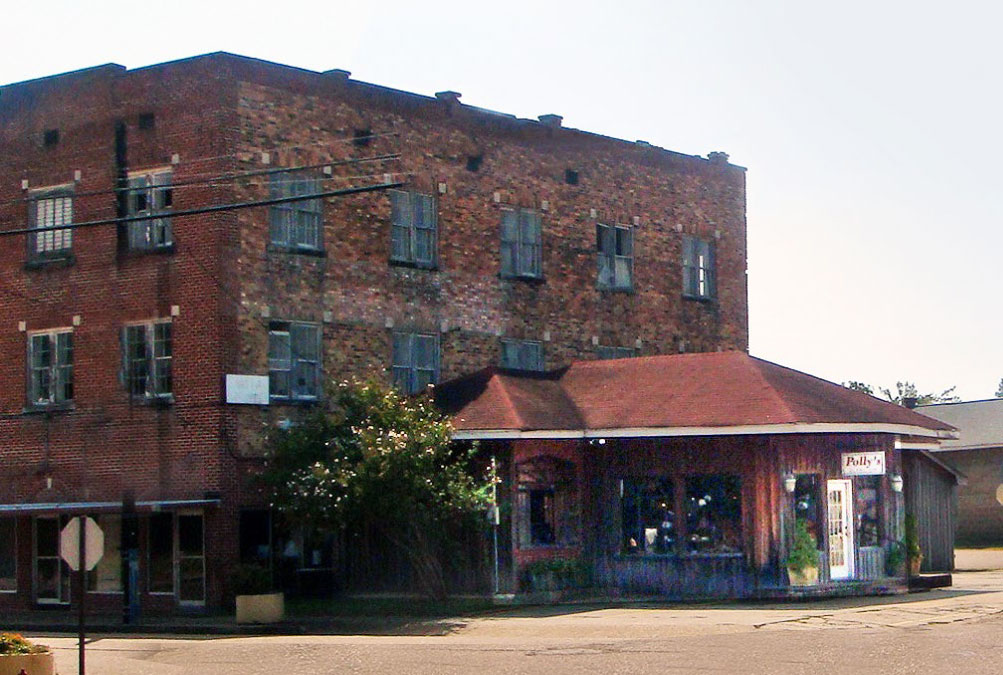 The Savoy Hotel (later named the Marks Hotel) is a building that reflects the heyday of train traffic in Marks. 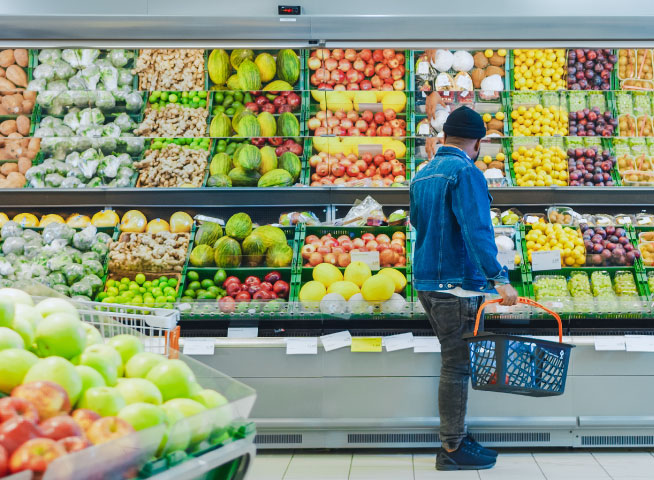 The ribbon cutting and grand opening of Jeffcoat’s Family Market will end a 4-year drought for Quitman County as it emerges from a desolate food desert. The county became a food desert when the doors of the (formerly SuperValu) store officially closed on June 17, 2017. The grand opening event is planned for Monday, April 5, at 10:00 a.m. 1012 Martin Luther King Drive, Marks, Miss.

Quitman County is an underserved community located in the rural Mississippi Delta. The 2017 closing of the sole food outlet resulted in repercussions to the county’s health and economy, the loss of 30+ jobs, and a reduction in sales tax revenue.

Thus, the reopening of this 18,000 square foot full-service grocery store will allow local residents to shop at home and not travel distances over 30 minutes to purchase fresh fruit, vegetables, and meat. “This project has been priority for the Quitman County Board of Supervisors and the City of Marks Board of Aldermen,” said Mayor Joe Shegog. He stated, “board members came together with a working agreement to seek funds and an experienced operator to get the store reopen.”

The new owner/operator James Jeffcoat has over 50 years of experience in a full-service grocery store, and 30 of those years include management, operation and ownership. His first job in this grocery industry was with Jitney Jungle while attending high school in Greenville, Mississippi. He was later employed with Big Star in Greenwood and Food Giant in Indianola, where he worked while attending Delta State Community College. After graduation, Mr. Jeffcoat was hired as co-manager of Sunflower Food Store in Indianola, Mississippi, and held the position for four years. In 1980, he was promoted to Manager. Sunflower Food Store was a high-volume grocery store with a bakery, deli, floral section, produce, seafood and meat department. It employed a total of 85, and his managerial tasks included: ordering products, gross profits, management of department heads, employee evaluations, store advertising, employee scheduling and other operational aspects of the grocery store.

Since 2011, Jeffcoat has owned and is the CEO of a full-service grocery store in Tunica, Mississippi, which has been very successful. He is expanding his business into the Quitman County’s market at the location of 1012 Martin Luther King Drive. With the expansion, he will increase his buying potential and purchase inventory at a discounted rate to keep his prices low.

Manuel Killebrew, Quitman County Board President stated, “He is grateful that the store will be reopening and thankful for Dr. Waller and Dr. Warrington for their generosity in donating the building and land to the City of Marks, which helped make this project not only possible but financially feasible.

According to Velma Wilson, the County’s Economic Development Director, financial assistance was made available through a State of Mississippi bond fund; awarded during the 2019 Legislative Session. This grant was obtained through the efforts of State Senator Robert Jackson and local businessman Peyton Self. These grant funds helped with upgrades to the 34-year-old store’s infrastructure. The store was built in 1987. Wilson, also stated that the Quitman county Board of Supervisors was awarded a 2020 Healthy Food Financing Initiative/Reinvestment grant to assist with upgrade to the store refrigeration equipment.

Jeffcoat said, “he is looking forward to becoming an integral part of this community”. His mission is to satisfy customers located in Quitman and surrounding areas by providing a broad selection of high-quality and competitively priced products, with exceptional customer service. He also stated; being a part of this rural community will allow the trade population easy access to staple and perishable food items.

Wilson emphasizes; the reopening of the full-service grocery store will benefit a population of 9,545 in rural Quitman County and the ten-mile trade area that is currently considered a food desert. It will allow Quitman County residents not only easy access to staple and perishable food, but will help improve health conditions, reduced travel expenses and create 40 full and part-time local jobs. 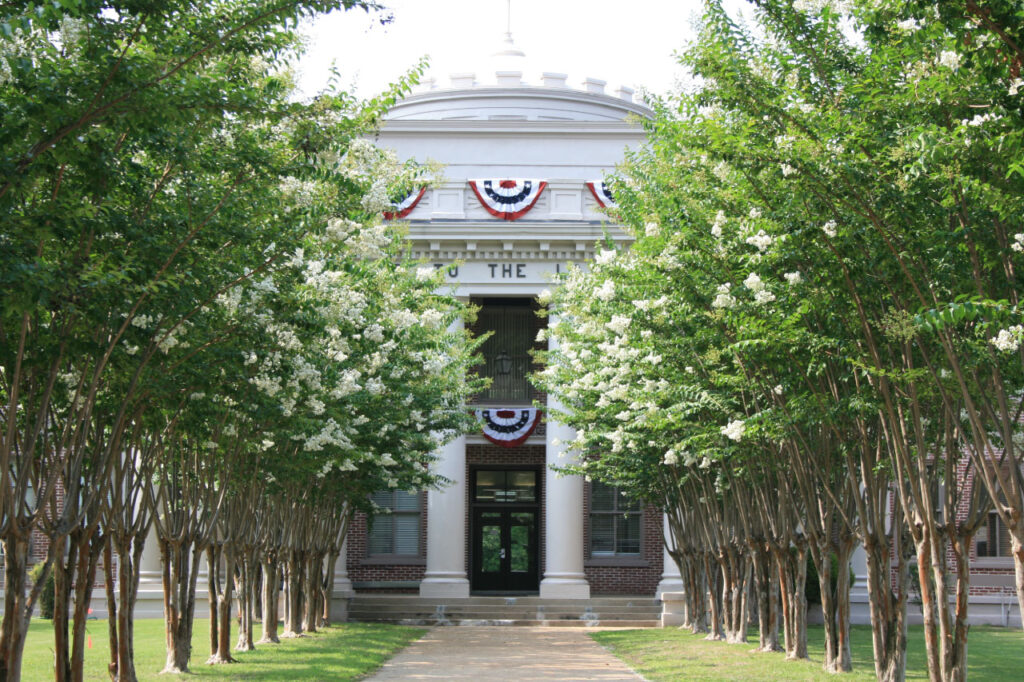 In the near future the citizens of Quitman County will be able to get onto an elevator to access the second floor of the historic courthouse to attend public meetings and court proceedings. Obtaining this elevator was made possible through the Board of Supervisors’ submission of a proposal and resolution for the renovations of the 110-year-old courthouse building. 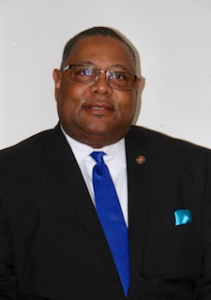 With this information, Senator Robert Jackson submitted a Senate Bill to request funds during the 2020 Mississippi Legislature Regular Session for this project. The renovations include exterior repairs and painting; installation of an elevator, and window restoration.

The elevator is crucial to the building to allow citizens with disabilities to access the upper level as the board continues to work to improve the accessibility and bring the courthouse into compliance with the Americans with Disabilities Act (ADA).

The board members are appreciative to Senator Jackson for submitting this proposal to the Senate. Thanks to the Senator’s hard work and efforts, Quitman County was awarded $400,000.00 in bond funds for the project.

The Quitman County Courthouse was constructed in 1911 when the county seat was moved to Marks. Since then, the Courthouse has served the community as a very important building to the County, City of Marks, and other municipalities. The two-story courthouse was designed by the Chamberlin and Associates Architecture Firm in the Neoclassical style and was designated a Mississippi Landmark in 1990.

The Board has made it a priority to improve the quality of services and the experience of its citizens at the Courthouse. Property improvements to dedicated parking around the courthouse square have recently been completed, and with bond funding the Board of Supervisors will continue to make improvements.

Belinda Stewart Architects (BSA) of Eupora, Mississippi will work with the Board on this project. They specialize in the restoration of historic buildings and have extensive experience with planning and construction. BSA has worked with the Quitman County School District on the restoration of Phase One of the Marks Rosenwald School, which is now complete. In 2019 BSA helped the school district receive additional funds from the Mississippi Department of Archives and History for Phase Two of the Rosenwald Project.

The Board feels that they are a valuable partner in this significant project for the renovation to the Quitman County Historic Courthouse. To stay up-to-date with its progress, visit quitmancountyms.orgor the Quitman County MS Facebook page.